The forests and chaparral of California, Oregon and Washington are on fire. Our Brilliant-in-Dogma governors have declared this is due to Global Warming. It isn’t. It’s due to bad policy.

It used to be that state governments allowed proscribed burns and timber harvest of dead trees. These were not ideas borne of European Imperialism or Capitalism or even modernity. This was how the Native peoples of these regions managed the forests and kept extreme fires at bay.

The only two cessations of this activity were during Spanish/Mexican rule and the last 35 years. In Southern California, the Spanish and Mexican rulers did not do forest management and eventually intentionally burned the entirety of the forests of Southern California from San Diego to San Luis Obispo in order to make the climate more arid and desirable for growing cattle. This manmade climate change of the Mexican cattle barons has been the main selling point of every California government since. Come for a vacation or job; stay for the weather.

In the American period, as the trees and chaparral regrew, ethnographers also interviewed what surviving Native Americans with tribal memories of native life could be found. Like aboriginal peoples throughout the world, Southern California’s Native Americans, the Chumash and Tongva, managed the forests for forest health. This was in their cosmology one of their primary reasons to exist.

The great hero of promulgating this scientifically adapted Native American approach to forest management was California’s own Theodore Parker Lukens. A former mayor and city councilman of Pasadena, Lukens was a close friend of John Muir, and an early forest restoration and management advocate.

Lukens was active throughout California in forest restoration and preservation issues and was a significant early activist in the Sierra Club. Lukens’ major life objectives were twofold: Replant the Angeles National Forest with the trees the Mexican Cattle barons had burned off in the 1820’s and manage the forests of California to prevent mass scale forest fire.

The start to the Angeles National Forest replanting was the tree nursery at Henninger Flats above Pasadena. Forest Service priorities changed, and the Angeles 110 years later still await replanting. Lukens’ other work in scientific fire suppression based upon Native American tradition was adopted during his lifetime in the national forests of the West Coast. Lukens’ scientific adaptation of Native American forest management rested like a well-balanced milking stool on three pillars: Fire breaks on ridge lines, under-story controlled burn and timber harvest of standing dead wood. This program was successful from 1906, when first adopted, until 1980 when under various regulatory pressures it was destroyed.

Since the destruction by regulatory strangulation of the Lukens’ scheme of scientific forest management, pathetically in no small part at the hands of the unscientific and totally misguided modern Sierra Club, who are imposing regulation based on their shallow understanding of European Paganism, the acreage count of fires in West Coast National Forests and grasslands has mounted every year as the fuel load has grown ever larger.

This began with Southern California’s AQMD insisting the Forest Service must acquire from them permits to do control burns, and then denying all permits. Soon other air quality management districts, not to be outdone or have less bureaucratic domination than other districts, followed suit.

These regional agencies disallowed effective management of national forests. Then the ill-informed né Pagans at the Sierra Club sued to end carved firebreaks as hostile territory that didn’t allow mice and squirrels to travel without hawk and owl predation, claiming this resulted in less rodent breeding opportunities and biodiversity. Somehow, the courts sided with the rodents and not fire safety.

The final death knell to fire suppression came also from the Sierra Club, which sued not to prevent the actual timber harvest of dead wood itself, but cleverly, the roads and road building that made the timber harvest of dead trees possible. Thus the Sierra Club undid its major contribution to America, restoration of lands using Native American forest management and fire suppression. Instead it helped reinstate the regime of the Mexican period of ignoring the forest, believing and acting as the Mexican cattle barons did – that mankind was a separate and hostile being towards nature.

Even in Judeo-Christian traditional cosmology, humankind is not separate from Nature. In Genesis, mankind is placed upon the Earth to tend God’s garden. It is thus in Tongva and Chumash cosmology also. Mankind is the steward of Nature.

In all of these cosmologies, mankind is integral to the balanced state of Nature. Indeed, our purpose as a species seems to be maintaining that balance. The modern Sierra Club, most Democrat legislators and most bureaucrats have a different view. To them, mankind is the enemy of Nature. Our influence is negative, and we must be kept away from Nature, not managing it in any way. This they believe is the only way to maintain forests, water quality, wildlife and air quality.

How is that working out as California, Oregon and Washington burn in the largest conflagration in modern history?

The Sierra Clubbers and their Ilk seek to absolve themselves of richly deserved blame by claiming
“Climate Change.” These are not natural fires. These are not PG&E or Edison equipment fires. Many of these are arson. Arson is evident looking at the maps and fire spacing. Arson is NOT Climate Change, but this arson will have generational effects that likely will leave the climate of the entire West Coast drier and with less rain and less snow. This is an existential threat to our population. It can either be a 200-year problem or a 30-year problem. If we get active on forest replanting, it will be a 30-year problem. If not, it will be a 200-year problem.

Even with this arson, had we adhered for the last 40 years to the Lukens program of fire suppression, then the cut fire breaks, the regularly burned-out understory and the harvested dead timber would have dramatically lessened the impact of this criminal activity.

Be it President Trump or President Biden, we need to adopt the enlightened philosophy and actions of Theodore Lukens. 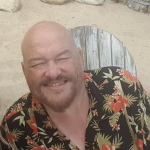 Steve Lamb is an Urban Design Fellow with the Center for Progressive Urban Politics. He manages an environmentally conscious design and consulting practice in Southern California and is a long-time activist on homelessness, land use, redevelopment and other issues. He is President of the Society of Organic Architects. Contact Steve at altadenassl@gmail.com.