DALLAS (April 21, 2019) – Increasing awareness of damage done to the environment by human impact in the 20th century, spurred by works such as Rachel Carson’s “Silent Spring” in 1962 and Paul and Anne Ehrlich’s “The Population Bomb,” along with the 1969 Cuyahoga River fire in Ohio and a huge oil spill off the California coast, among other events, provided the momentum for the first Earth Day event on April 22, 1970.

Earth Day is now observed throughout the world in a variety of events. Progressives for Immigration Reform (PFIR) demonstrates its support for environmental protection on April 22 and every day by informing on the unintended consequences of immigration-fueled population growth. As the late Sen. Gaylord Nelson, the founder of Earth Day, aptly stated, “There is no way in the world we can forge a sustainable society without stabilizing the population…. There’s no practical way of stabilizing the population of the U.S. without reducing the immigration rate.”

World population was 3.7 billion when the first Earth Day was held to show support for the environment and bring attention to human overpopulation. The global population is now more than double that at 7.7 billion. About 82 million people are added to the global family each year, and total population is estimated to grow to 11.2 billion by 2100, based on the medium projection variant of the United Nations, Population Division.

“Americans in the 1960s and 1970s got the overpopulation message loud and clear, and acted accordingly; they started choosing to have smaller families,” says Kevin Lynn, PFIR’s executive director. “But with a shift among environmental groups and other thought leaders, it’s become increasingly politically incorrect to talk about overpopulation. But we still have an overpopulation problem in the U.S., and it’s growth driven by immigration.”

The U.S. gains one net international migrant every 33 seconds, according to the U.S. Census Bureau. A new study from Yale researchers estimated that more than 20 million people live in the U.S. illegally. Additionally, each year the U.S. admits about 1 million or more lawful permanent residents and about 750,000 guest workers.

PFIR will be attending EarthX in Dallas, Texas, April 26 to 28. PFIR Executive Director Kevin Lynn will meet with the public on all three days to discuss how best to keep Nelson’s vision alive. 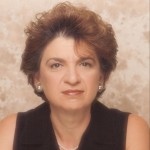 Maria Fotopoulos writes about the connection between overpopulation and biodiversity loss, and from time to time other topics that confound her. Contact her on FB at Animal Lives Matter and on Twitter at BeTheChangeForAnimals.